The Imagine 2012 eCommerce Conference, organized by Magento (eBay)  revolved around this year’s theme, “What’s Your Story?” I must give Magento credit into making this conference unique -  it deviated enough from the traditional conferences that it could almost be called an “un-conference".The second day of Imagine eCommerce focused

For one thing, the focus of the sessions was not "presentations" with power point slides but stories or tech chalk talk. and manyof the stories – such as the story told by Emmy award–nominated screenwriter and producer Tim Kring – did not involve Magento at all. What Kring did was talk a lot about the experimental participatory  alternate reality way of telling a story involving multiple platforms (not just TV, but websites and social networksand participation by real people) which still ended up relating to the core eCommerce messages of "multi-channel" commerce, social networks and participation by buyers in the design, selection and content on the website.   This made the event inspiring in ways that a traditional conference is often not.


In the morning, Magento eCommerce executives Matthew Mengerink, Bob Schwartz, and Roy Rubin announced the releases of Enterprise 1.12 and Magento Community 1.7, both of which include REST API, a different base pricing for customer groups, and developer productivity. Enterprise 1.12 also includes HTML 5 capabilities, personalized coupons, and multiple wish lists, for maximizing the potential of social commerce sites.

They also announced the forthcoming availability of Magento 2 in 2013. This version will supposedly include a visual design editor that allows you to simply drag and drop elements into your eCommerce webpage. Magento reported that since Imagine 2011, they have increased their number of extensions by 73% and their merchant base by 100%. Angry Birds received special mention as a new Magento Enterprise client.

Here are some of the sessions I attended: 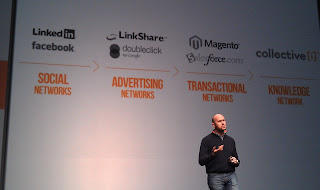 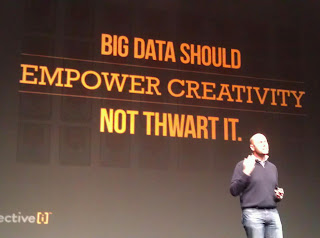 I especially loved Stephen Messer’s keynote speech at the conclusion of Day 2, where he talked about how big data is of no real value to eCommerce or social commerce – that is, unless it is distilled, unless you know what questions it answers. Only then does big data become valuable. If you want to change your business, learn first to ask questions well. Then, use data to answer those questions! 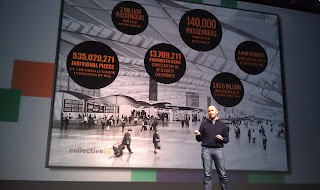 - A single bad customer experience can undo the results of millions of dollars worth of branding, so we need to be very, very careful. When we make business decisions, we would be on safer ground if we base those decisions on solid data rather than simply relying on gut intuition
- If you’re truly good at what you do, you are more able to innovate, think out of the box, and surpass hurdles in previously uncharted ways
- Big data should empower creativity, not thwart it.