Amazon Launches Amazon Coins for In-App Commerce – Will This and Other Virtual Currencies Be Regulated by the Government? 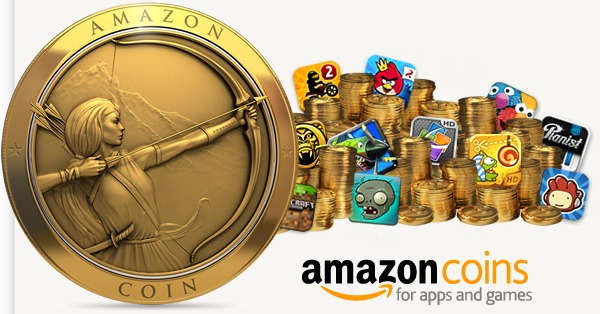 Late last week, Amazon launched its virtual cash, dubbed Amazon Coins, by posting an open "Dear Customer" letter on its website to inform US Kindle Fire owners that they have received a gift of 500 Amazon Coins in their accounts.

Amazon Coins are a form of virtual currency that recipients can use to buy Amazon apps, games, and in-app items such as game upgrades or avatar personalization features.

For instance, if you want to unlock a level in your game but you are unable to overcome the previous level, then you may be able to buy your way into the game level instead, using Amazon Coins. Or maybe you want to dress up your avatar with a special star-spangled cape or an Iron Man suit. You will probably need to purchase those with virtual coins.

Each Amazon Coin is worth 1 US cent, so Amazon’s gift of 500 Amazon Coins is worth 5 real-world US dollars.

But why is Amazon giving money away, even if it is just virtual money? Like all other free trials, Amazon is trying to orient and entice users into using its virtual currency, hoping some of them will pick up the habit and buy more. In turn, this purchase and trade of Amazon Coins should invigorate the apps sales and "social commerce" within the apps.(We view this as "Social Commerce" because after all, buying stuff from other people or gifting cash - real or virtual - is a "social" activity).

But will it end with just buying games, apps, and in-app features within Kindle Fire?

If you think about it, it doesn't have to, right? After all, since virtual money is bought with real money, why should Amazon Coins not be granted to Amazon customers as rewards, and be usable like frequent flier miles and other loyalty points, to buy real-life goods such as clothing, toys, and appliances? Amazon itself recently started allowing people to use their credit card reward points to buy products at Amazon, and we believe Amazon Coins may one day "grow up" to be equivalent to these schemes.

It’s not hard to envision virtual currencies being used as real-life funds.

On the other hand, we note that Facebook had also come up a similar virtual currency scheme called Facebook Credit, which was available in 14 countries, but it decided to retire this feature and migrate its apps and games to local currencies without giving any reason. Here is the announcement on its developer site:


We are moving from Facebook Credits to local currency pricing, and plan to migrate all game developers on Facebook.com in the third quarter this year. We want to provide ample time for you to review the new documentations. After launch, developers will have a minimum of 90 days to implement the updated payments infrastructure to continue accepting payments. For now, we continue to support Facebook Credits. In the coming weeks, we will provide further updates on when developers can begin integration. Learn more in our local currency FAQs and overview.


So that's a setback to people looking for these platforms to create a world without borders. After all, monetary exchange is a big part of social networking.

Was Facebook's move related to the March 2013 announcement by the Financial Crimes Enforcement Network (FinCEN) of new guidance relating to the regulation of virtual currencies? These regulations were widely seen as a first step by a government body towards regulating virtual currency, as opposed to electronic money representing government-issued fiat money. Are we going to see demands from national taxation authorities such as the IRS, requiring residents to report holdings of such currencies on their tax returns, in the same way that they now require reporting foreign currency holdings?

Only time will tell. Unlike Facebook, Amazon is boldly charging forward with its virtual currency, Amazon Coins, without being deterred by such potential regulations. Amazon is already involved in handling tons of payments and regulations ranging from sales tax, VAT, and import duties, so they probably already have a massive regulatory compliance department.

Certainly, Amazon Coins can take social commerce to a whole new level – but how high a level can social commerce really go with virtual currency? For now, at least, it’s anybody’s guess.
Posted by Blessie Adlaon at 11:28 PM