Will Apple succeed in Dethroning Paypal with Apple Pay?


Today was a very busy news day for Apple, with the company launching not one or two but four new products offerings.

Apple released details of the iPhone 6 and iPhone 6 Plus – what Apple calls “the biggest advancements in iPhone history.”  The body of the iPhone has been redesigned to be thinner, with a body of anodized aluminum that seamlessly converges with the glass display.  Both versions will run iOS8, the latest version of the Apple operating software which promises a “simpler, faster and more intuitive user experience.”  The A8 chip with second generation 64-bit desktop-class architecture provides faster and more energy efficient performance.  Combined with Metal, the new graphics of iOS8, the iPhone 6 versions will allow games that are closer to console and 3-D games than ever before.  In a departure from other versions, the iPhone 6 will come in two sizes.  The iPhone 6 has a 4.7 inch Retina HD display – a 38% larger viewing area than the iPhone 5S- while the iPhone 6 Plus has a 5.5 inch Retina HD display – an 88% larger viewing area.  Both versions will also come with Apple Pay, another innovative announced today by the company.

Apple Pay promises to “transform mobile payments with an easy, secure and private way to pay.”  How? Apple Pay features a dedicated chip called the Secure Element, which stores a unique and encrypted Device Account Number.  When a credit or debit card is added to Apple Pay, the card number is never stored on the phone or Apple’s servers – each transaction is authorized by creating a one-time number with the Device Account Number and a dynamic security code instead of the security code from the card.  Cashiers will not be able to see the card holder’s name, card number or security code.  Apple Pay supports Mastercard, Visa and American Express issued by the most popular banks accounting for 83% of credit card sales in the U.S.  258 large retailers such as Staples, Walgreens and Macy’s are already on board.  Apple Pay will work with over 200,000 retailers that support contactless payments. But that’s just the beginning. The mobile payment business is huge. How large is it? Gartner estimates that mobile payments will grow from $235 billion in 2013 to more than $720 billion by 2017. Even at that size, it will be a tiny part of total retail transaction volume, which was $15 trillion in 2013. 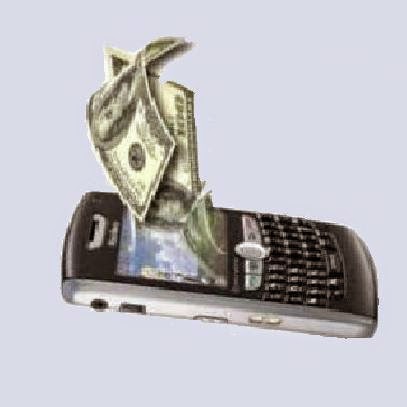 So far, PayPal seems to be in lead in the mobile payment industry.  The combined total of its internet and mobile transaction was $180 billion in 2013, encompassing 26 currencies and 193 countries. PayPal earned $6.6 billion in transaction and other fees and has, so far, withstood challenges from Google (which first offered Google checkout and later Google wallet), Amazon and Square. However, despite Paypal’s dominance in eCommerce – when mobile devices are used to purchase goods remotely – and billions of dollars invested in NFC (Near Field Communications) technology by Google and other companies, offline mobile payment is still a very much open field.  Many people claim it’s just a matter of time before NFC catches on, but many others doubt that NFC ever will, even making fun of it by claiming it stands for “Not for Commerce.” Will Apple Pay, which also uses NFC, help accelerate its adoption? If Apple succeeds where Google Wallet failed, it could end up with a sizable share of the combined online / offline mobile payment market. Not only will Apple make billions of dollars in transaction fees, it will also collect massive amounts of data about consumers' interests and purchasing behavior.  Such date will open avenues to an additional revenue streams by enabling Apple to build a location-aware, targeted advertising platform built essentially into the palm (and with apple watch, wrist) of hundreds of millions of people around the world.

The Apple Watch features a specially designed face, the Digital Crown, which allows users to scroll and navigate via touch – a significant difference from most competing products.  In fact, the Digital Crown is so sensitive a user can send their heartbeat to another person.  User can send and receive messages, answer phone calls and use comprehensive health and fitness apps directly via the Digital Crown.  Other innovations are found in the Apple Watch as well.  Force Touch allows the face to differentiate between a tap and a press, allowing easier use of apps.  A built in speaker and Taptic Engine technology create a much larger variety of notifications that the user can both hear and feel.  The extremely accurate timepiece comes with unique faces such as a 3-D interactive model of the sun, earth and moon.  Sparing no detail, the Apple Watch comes in three designs.  The body is available in stainless steel alloy, anodized aluminum, or 18-karat yellow or rose gold, while the band is available in 6 versions, ranging from an elastomer sport band to leather to stainless steel.
Posted by Kalpanik S at 10:43 PM